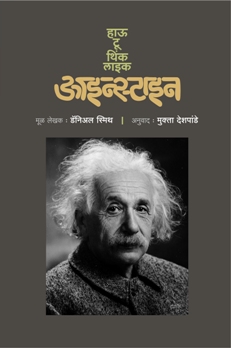 Learn how Einstein, the man who evolved and altered the scientific landscape forever, viewed the world, and how his theories and the way he researched changed what we now take for granted—now in paperback

The German theoretical physicist, Albert Einstein, developed the world’s most famous equation, E=mc^2, helped to establish quantum theory, and published over 300 scientific papers in his lifetime. He questioned the accepted classical worldview and tore it apart with his theories of relativity. It is for many reasons that his name has become synonymous with the word “genius.”How to Think Like Einstein reveals just how he accomplished his achievements with a strong determination, visualized his goals to develop a clear strategy, and viewed each success as a stepping-stone for his next challenge, never believing his work was complete. Comprehensive yet accessible, this book will have you thinking like the great man in no time.