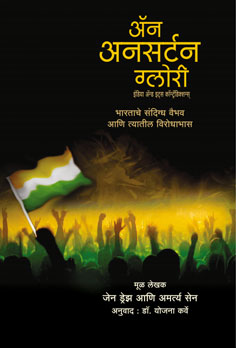 When India became independent in 1947 after two centuries of colonial rule, it immediately adopted a firmly democratic political system, with multiple parties, freedom of speech, and extensive political rights. The famines of the British era disappeared, and steady economic growth replaced the economic stagnation of the Raj. The growth of the Indian economy quickened further over the last three decades and became the second fastest among large economies. Despite a recent dip, it is still one of the highest in the world.

Drèze and Sen present a powerful analysis of these deprivations and inequalities as well as the possibility of change through democratic practice.

Be the first to review “An uncertain Glory: India & Its Contradiction” Cancel reply